The purpose of Major Chords for Minors is to provide opportunity for youth to explore and cultivate their musical talent through private music instruction and to build a better community through our children.

• By giving free private instruction on piano, guitar, and drums to children
• By creating a safe and friendly environment for children to learn
• By supplying instruments to children for practice
• By maintaining a studio for children to practice, learn and socialize
• By providing supplemental income for local performing musicians and college students

Major Chords for Minors™ (MCFM) was created and founded to provide one-on-one music lessons on piano, guitar, and drums to at-risk kids whose families cannot afford to give their children lessons. It was incepted February 2010 and became a federally recognized 501(c)3 non-profit July 14, 2011. Federal ID #90-0624610

Mission: Building better children through music. Vision: A community where all children have access to growth through music and mentorship, regardless of their families’ economic circumstances.

Since founding in 2011, Major Chords for Minors (MCFM) has provided free music instruction to at-risk kids from low-income families living in Saginaw, Michigan.

MCFM’s holistic mission of building better children through music, and therefore a stronger community, has guided activity and decision-making across our organization. Here’s how we embody this mission:

MCFM answers our community’s larger need for year-round safe and supervised spaces for children. In Saginaw, we welcome children during the hours of operation to participate in art, get a helping hand with homework, play games, practice, and socialize with friends.

MCFM has worked diligently to grow opportunities for our students to serve the community through music performance, recognizing not only the benefits to local audiences, but also the numerous musical and extra-musical benefits public performance opportunities have for our children. 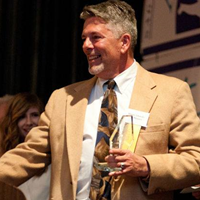 I want children to experience things that I had the opportunity to experience, and more, in the their lives. I believe a child should have the opportunity in this crazy world we call home to find themselves, whether it is through music, sports, or any other activity they may enjoy.

I was raised in Saginaw and I’ve been a part of this community for 53 years. I see hope for these children, if we can all take time to learn who they really are and help guide them through positive influence. Young children can tell if an adult’s actions and what they believe in are sincere. It is our responsibility to be true.

Without the opportunity to learn music many children will enter the world as young adults with no idea who they are and what they want to do. We offer an outlet to be creative and true; a safe place to communicate and learn music. What pleases me most is to see our students learning respect, discipline and what real love and caring is all about.

When children receive music education the whole fabric of the community is strengthened. The musical benefits of learning to sing or play an instrument during youth have been well documented. Musical training in youth correlates with numerous positive lifelong outcomes, including increased self-esteem, stronger math and verbal skills, and greater college preparedness. Participating in music also correlates with a decrease in unwanted behaviors, such as classroom disruption (including dropping out of school) and drug and alcohol use. For these reasons, and especially in our inner cities where drugs, crimes, violence, and abuse are rampant, why not keep it simple? 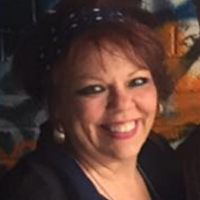 I always knew my parochial school upbringing had a huge impact in the layout of my life, not realizing until later how impactful the musical aspect of my education was. In a classroom of about twenty boys and girls in grades 4-8, three young pianists (myself included) rotated each morning to begin the day with hymns and praises. We were all encouraged and expected to give our gifts as we had them and it was a part of everything we did. We gained valuable experience, leading church services musically, learning four-part harmonies under the direction of the hymn and choir directors, and sometimes we would have more contemporary music for special services.

I felt alone in the school: most children were one of two large families and they always had a special bond that I could not find. I didn’t understand this as a kid, but did find my place and my emotional escape through music. When I transferred out of parochial school into public school, I found that I had a unique talent that made the adjustment easier. It was obvious that even back in 1979, the basics of music taught to me through private lessons and parochial schooling were far above what others in my peer group had experienced.

Music shaped my life and became a profession in 1984, the year I graduated Swan Valley High School in Saginaw, Michigan. I began playing piano solo at private clubs and restaurants and had my first gig with a band at our local theatre company in 1986, in the musical revue, Jacques Brel Is Alive and Well and Living In Paris. The excitement of a responsive audience and playing with others to create this awesome sound of which I was a part captured me! During the run of the show I had invitations to play with others in the area and soon after the show closed I joined an area variety band and performed around the state of Michigan until 2001.

My wish is that every child has the opportunity to receive lessons and experience what music may have to offer them in their own lives.

Music benefits children and the communities in which they live throughout a lifetime. I believe music is the universal language through which we can all communicate. 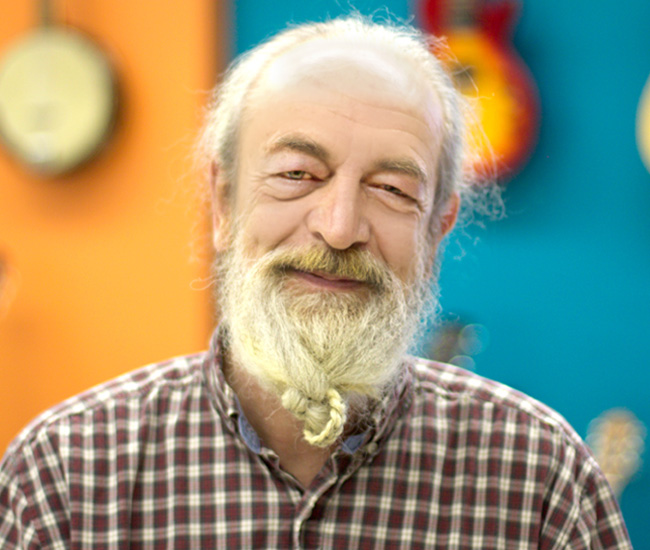 Bruce began his teaching career at Major Chords for Minors when our doors opened in 2011. It gives him great pleasure sharing his love of music with the youth in his community.

Bruce’s earliest influence into the musical realm stems from his father. He specifically remembers his dad playing piano by ear, jazzing up the original versions of songs that became lullabies for Bruce and his siblings.

Although Bruce took lessons as a child, he truly began to love the instrument for his own during his young adulthood. While attending and working at Delta College in Saginaw, Bruce was allowed to use the practice rooms whenever they were empty. Playing James B. Johnson, Zez Confrey, and Scott Joplin, Bruce developed the love for piano that we see in him today.

Never without a cup of coffee or an interesting story to share, Bruce is a lover of music, people, and all things facetious.

When asked what he loves most about the piano, a slight twinkle flickered in his eyes, brows slightly furrowed. “The hammers,” Bruce said, smiling. “I just love those little guys. All covered in felt. They’re so cute.” 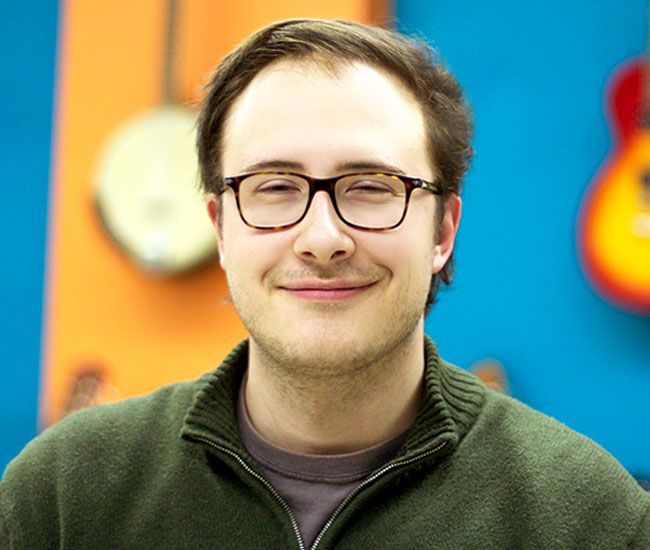 Loren's deep love for music was inspired by his family at a very young age. His dad would pull out a guitar at just about every family gathering and family reunions would often turn into group jam sessions

He recalls music being present in nearly every corner of his life: 'My mom was always singing around the house,' says Loren, 'It wasn't until I got older that I realized what a blessing that truly was.'

While attending Freeland High School, the band program gave Loren ample opportunity to play and learn more about music. During his time at Central Michigan and Wayne State University, he was able to strengthen and build upon his musical foundation.

Loren's love of the drums stems from his uncle, who played professionally and often offered him pointers on the drumkit. Loren's inlfusences range from his uncle to some of his other favorite drummers, such as Steve Jordan and Levon Helm.

During a four-year gig with Ann Arbor's The Ragbirds, Loren toured through 46 states! Now gigging with his own band Barbarossa Brothers he hopes to make it to all fifty.

'One of my favorite things about music is that there's always something more to learn. We're all students, we can all keep growing.' 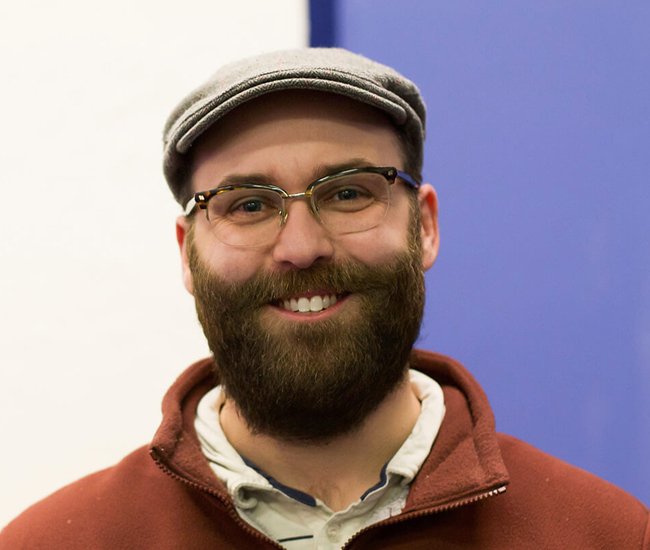 Brad began playing piano under the tootalage of his grandmother at age 5 but really began studying music in depth after he got my first guitar at age 12. After transferring to Mott Middle College his freshmen year of high school, he joined their steel drum band learning to play a large variety of percussion instruments and under the instruction of James Coviak gained a love for Jazz and Music theory. 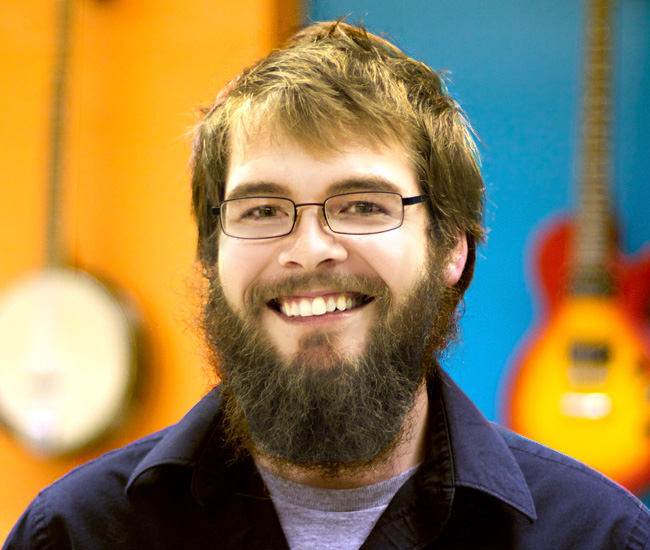 Ryan began playing the saxophone in the fourth grade, learning guitar, bass, drums, piano, and violin in the years after. Ryan spends the most time playing his upright double bass, which he has been playing for 16 years.

Ryan’s interest in music began at a young age. While the bass was not the first instrument Ryan played, he would often practice playing bass parts on his brother’s guitar, slowing learning covers of songs. Eventually, Ryan, Eric, and their neighbor Spencer would get together to play, covering songs by Metallica and The Offspring.

Ryan has been a part of the mid-Michigan music scene since 2005, providing him with opportunities to travel, record, perform, and teach in a multitude of settings. Ryan’s first band, Barbarossa, was formed in high school. Over the course of the next eight years, Ryan was a part of over ten different bands.

Ryan’s passion is both performing and teaching. Gifting lessons to children who would never receive a lesson without MCFM inspires him daily. “In all my years of teaching, I have never had a group of students who wish to learn as my students here at Major Chords for Minors. They have a passion for it; they work for it.”

Ryan can be seen playing regularly with Bryan Rombalski and Three Worlds, Sprout, Barbarossa Brothers, and various shows throughout the season with Pit & Balcony and the Saginaw Choral Society. 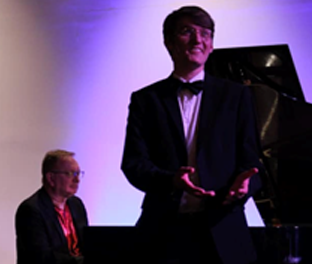 Ryan’s interest in music began at a young age. While the bass was not the first instrument Ryan played, he would often practice playing bass parts on his brother’s guitar, slowing learning covers of songs. Eventually, Ryan, Eric, and their neighbor Spencer would get together to play, covering songs by Metallica and The Offspring.

Ryan has been a part of the mid-Michigan music scene since 2005, providing him with opportunities to travel, record, perform, and teach in a multitude of settings. Ryan’s first band, Barbarossa, was formed in high school. Over the course of the next eight years, Ryan was a part of over ten different bands.

Ryan’s passion is both performing and teaching. Gifting lessons to children who would never receive a lesson without MCFM inspires him daily. “In all my years of teaching, I have never had a group of students who wish to learn as my students here at Major Chords for Minors. They have a passion for it; they work for it.”

Ryan can be seen playing regularly with Bryan Rombalski and Three Worlds, Sprout, Barbarossa Brothers, and various shows throughout the season with Pit & Balcony and the Saginaw Choral Society. 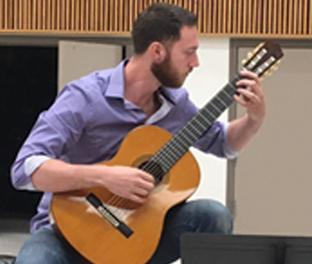 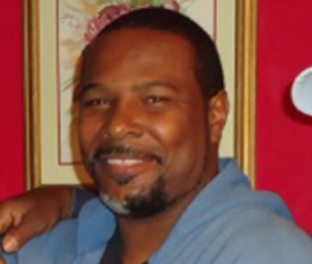 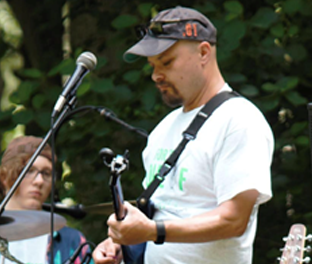 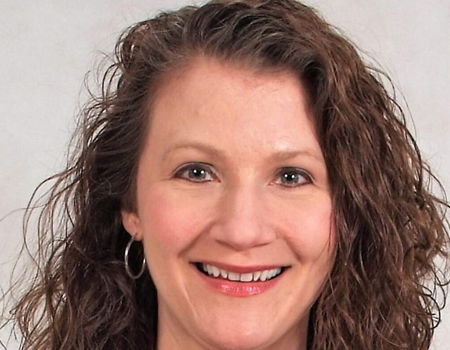 Tiffany is proud to be an instructor at Major Chords for Minors, currently teaching classes for ages 3-5.
She seeks to create an environment where children can feel supported as they try new things and explore their creativity.
Tiffany has been teaching mini minors classes for one year, having recently moved to Michigan from Oklahoma.
She brings a variety of experience and training in classical music.Tiffany is active in music throughout the region, as both a singer and piano accompanist. 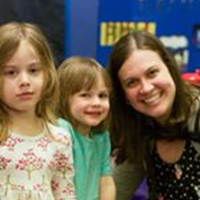 She also directs the children’s Christmas musical at her church and is a member of the worship team. 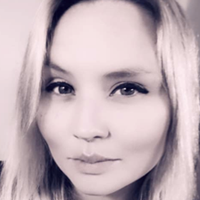 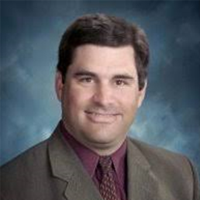 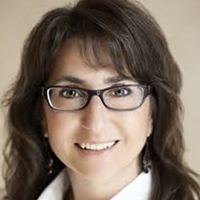 
This website was updated by Matthew Keith-Kapono Smith as a student at Saginaw Valley State University based off an original design from Blake Johnson and Cardinal Solutions!